In the Iowa Legislature I listened to my constituents and worked hard each day to ensure their concerns were heard. I found solutions to problems and did my best to serve those I represented. Representing Iowa was one of the greatest honors of my life.

During retirement I continue to follow the politics of our state and nation. I see elected officials, many I worked alongside, continue to put Iowa on the right track. Senator Randy Feenstra is an official who has worked hard to build a bright future for Iowa.

Randy is from Hull, Iowa. In the Iowa Senate he served as Chair of Ways and Means and wrote the largest tax cut in Iowa’s history, which was signed by Governor Reynolds. He also passed voter ID, defended life, and banned sanctuary cities. He eliminated the grain bin tax and supported programs for beginning farmers.

Randy is taking his proven track record from the Iowa Legislature and running for Congress in the Fourth District Republican primary.

The Fourth District does not need a Representative who causes distractions. Instead, we need someone who will roll up his sleeves and solve real problems for Iowans. I have voted for Steve King in the past but enough is enough. He has lost his committee assignments and has no voice for Iowa in Congress.

On June 2 we have the opportunity to elect a new conservative to Congress, one who has a proven, effective, conservative track record of tackling problems and creating solutions.

My wife, Vicki, and I are voting for Randy Feenstra on June 2. We urge you to as well. 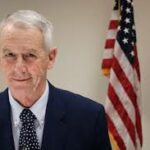