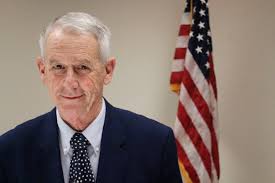 It is time that the Fourth District elects a new conservative to Congress with a proven track record and Randy Feenstra is that candidate.

I have known Randy and have worked with him during the time I was Mayor of Hull and then as a Sioux County Supervisor. He was concurrently serving as the Hull City Administrator, Sioux County Treasurer and State Senator. It has been said that more gets accomplished when no one cares who gets the credit and I certainly found that to be the case in working with Randy.

Senator Feenstra has spent his life working to make Northwest Iowa the best place to live, work and raise a family. During his many years of public service his selfless determination, honesty and kindness have never wavered in a style of leadership that is rarely found in politics today. Northwest Iowa and the entire state of Iowa are better places because of Randy’s service to our community, our county and our state.

In the Iowa Senate Randy helped to pass voter ID, defund Planned Parenthood, and he supported the Heartbeat Bill. He was the author of the largest tax cut in Iowa’s history along with being instrumental in getting the tax cut actually passed through the state legislature and signed into law. His record speaks for itself!

Randy is now running for Congress in the Fourth District Republican Primary. It is time we elect a new voice to Congress so I ask you to join me in voting for Randy Feenstra on June 2, 2020.