(Hull, IA) – State Senator Randy Feenstra, republican challenger to Congressman Steve King, announced today his campaign has received the public endorsements of 608 Iowans representing all 39 counties in the 4th district. This is in addition to the 261 members of Students for Feenstra. The campaign previously announced over 500 county chairs.

“Iowans deserve a seat at the table in Congress. There are too many important issues for us to be left voiceless and have ineffective representation. We need someone to stand up for Iowa agriculture, reign in spending, defend our borders and be an effective, conservative leader in Congress. As an Iowa Senator, I have proven record of conservative results, I’ll do the same in Congress.” said Feenstra.

“Our campaign is building an organization and raising the money to win. Not only has Randy Feenstra consistently trounced Steve King in Iowa fundraising support, Feensta has surpassed any of King’s previous organizational markers with today’s announcement. The campaign is seeing ongoing support from past King supporters as they come to understand Randy’s record of conservative accomplishment compared to the record of ineffectiveness provided by Congressman King,” said Matt Leopold, Feenstra campaign manager.

A full list of County Chair endorsements can be found below.

As of the 3rd quarter fundraising report, Feenstra held a 10-to-1 cash on hand advantage over incumbent Congressman Steve King, outraising King in every quarter since the start of the primary campaign. 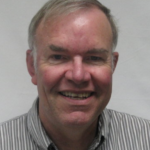 Feenstra Officially Files for Re-Election; Promises to Continue to Deliver Results for Iowa